West Coast Players is proud to announce our 2014-15 season

Moon Over Buffalo, a comedy by Ken Ludwig

A hilarious romp brought to you by the author of Lend Me a Tenor. Charlotte and George Hay are on tour in Buffalo in 1953 with a repertory consisting of Cyrano de Bergerac “revised, one nostril version” and Noel Coward’s Private Lives, when they receive word that they might just have one last shot at stardom: Frank Capra is coming to town to see their matinee.

Monkey, Monkey, Bottle of Beer, How many Monkeys Have We Here? a suspenseful drama by Marsha Sheiness

This psychodrama is set in the waiting room of a clinic where five mothers await word on the futures of their intellectually disabled children. They have been given the opportunity to change their children into geniuses, and the play explores the hopes, fears and guilt of each woman. As the drama moves forward, the very nature of parent child love is examined.

Two difficult single people get their luggage mixed up at the airport. After a very disagreeable first encounter, the two decide to help each other get over their heartaches by forcing a friendship. They soon discover that while they may be too difficult for everyone else in the world, they are perfect for each other.

Don’t Dress for Dinner, a comedy by Marc Camoletti and Robin Hawdon

With his wife away, his best friend Robert unwittingly invited as an alibi, and a gourmet cook to fancy things up, Bernard has the foolproof romantic weekend planned for himself and his chic mistress – or so he thinks. An evening of mistaken identities and hilarious confusion ensues as Bernard and Robert are forced to improvise plausibility at breakneck speed.

Other Desert Cities, a drama by Jon Robin Baitz

Brooke Wyeth returns home to Palm Springs after a six-year absence to celebrate Christmas with her parents, her brother, and her aunt. Brooke announces that she is about to publish a memoir dredging up a pivotal and tragic event in the family’s history… drawing a line in the sand and daring them to cross it.

Always a Bridesmaid, a comedy by Nicholas Hope, Jamie Wooten and Jessie Jones

By the authors who brought you The Red Velvet Cake War and Rex’s Exes, this is the rollicking tale of four loyal and determined women who definitely answer the question, “Just how far are you willing to go to keep a promise to a friend?”

Perhaps more than any other current controversy, same-sex marriage has been discussed and debated in state legislatures, classrooms, courtrooms and across dining room tables throughout the country. Standing On Ceremony brings the issue down to the human level with laughter and just a few tears. The play not only addresses gay marriage but also celebrates all individuals who commit to a life-long journey together. A heartwarming gem.

Click here to purchase your season tickets now for just $115 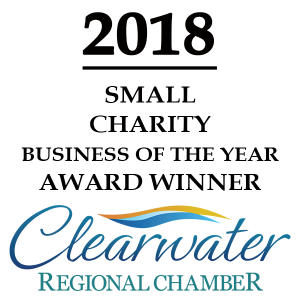